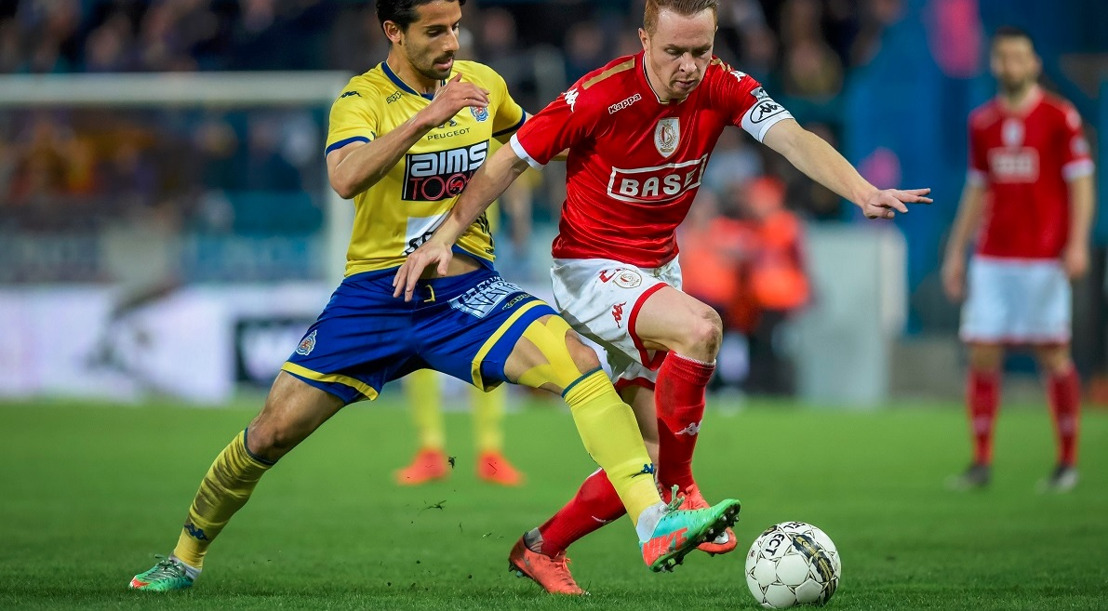 In 2007, BASE and Standard de Liège decided to join forces. After sponsoring the youth teams for several seasons, BASE became the main sponsor of the Liège club. Four large letters forming BASE were visible on the front of the red and white shirts. This will also be the case during the next two seasons (2016-2017 and 2017-2018). BASE would like to use this announcement also to congratulate Standard de Liège once more for winning the Belgian Cup Final.

A hearthfelt and winning alliance

In 2007, when the first sponsorship contract was signed, there was already a heartfelt alliance between BASE and Standard de Liège. For Standard de Liège, BASE offered a strong partnership where they could count on in the long term. For BASE, Standard de Liège helped them to gain visibility in the south of the country.

A lot of water has flowed under the bridges of the Meuse since the start of this partnership. In 2008 and 2009, Standard de Liège won its 9th and 10th Belgian championship. This unforgettable crowning glory brought the ‘Rouches’ again at the top of the Belgian football.

As for BASE, it worked twice as hard to get the most out of this opportunity to gain visibility and to continue to grow. The result: BASE currently has almost 20% market share in Wallonia… compared with 8% in 2007, in the ‘pre-Standard’ era.

Today BASE is – more than ever - the Number 1 supporter of the ‘Rouches’. At BASE, we firmly believe in the strength of this partnership. The victory of Standard de Liège against Club Bruges in the Belgian Cup Final some weeks ago, show that associating our brand with Standard de Liège is a winning choice!

That is why Telenet – BASE’s new parent company – has decided, together with Standard de Liège’s management, to extend the sponsorship contract between BASE and Standard. We are particularly proud to announce that BASE will be the main sponsor and shirt sponsor of the ‘Rouches’ during the next two seasons.

John Porter, CEO of Telenet: “BASE and Standard de Liège is a perfect combination. The past has already shown that this surely is a win-win partnership for both parties. It was obvious for Telenet: we wanted to continue this adventure. We strongly believe in the BASE brand. BASE has an important role to play in Telenet’s strategy, especially regarding the south of the country, where we have real ambitions. Who better than Standard de Liège to play the role of sparring partner in these plans?”

Bob Claes, general director of Standard de Liège: “BASE has always been a true partner for Standard de Liège, in good times as well as in bad times. Just like the members of a football team, we complete each other and we work together to reach our respective goals. We are doing so well, this adventure just couldn’t stop now. We are convinced that the coming season will again be rich of emotions and that together, we will make our supporters proud!”