This year again, the advent of summer heralds the festival season. This Thursday and throughout the weekend, more than 140,000 festival-goers will be heading to the plains of Werchter to dance on the pop-rock sounds of the Chemical Brothers, Faith No More, Lenny Kravitz and Pharrell Williams. A major challenge for mobile networks that will have to cope with a multitude of calls, texts or video exchanges via the social networks.

MORE THAN 250 EVENTS PER YEAR

As soon as a popular event is announced, BASE Company has made it its policy for several years now to back up its infrastructure on site.  This approach is driven by two objectives: securing the best possible customer experience, but also - and most importantly – ensuring that its network can hold up in the event of an emergency. As access to mobile communications services is considered by everyone - organisers, local authorities, emergency services, etc. - as an essential component from a safety viewpoint, during any mass gathering.

We are talking about over 250 events that will be covered in 2015. New this year in Werchter: For the first time ever, BASE Company will be using the "Ranger" solution in addition to a mast truck and the traditional containers (28 antennae in total).

A global innovation developed by the Ghent-based company Benchmark (30 people). Compact and transportable (250 cm high when folded, 750 cm built), the "Ranger" modules are extremely useful in that they easily densify the mobile network in a specific place.

"In 15 minutes, the infrastructure is up and running. It takes just one person to set it up. Thanks to an integrated generator, the Ranger remains fully autonomous for 5 days,"explain Steven Nagels and Bart Rogiers, partners within the Benchmark venture and for whom Werchter will be a first full-scale test in real conditions.

"Having such material - exclusively and in addition to the usual measures taken - will mean that we will be even more effective in our coverage work. Ensuring the continuity and quality of our mobile services during summer festivals is vital for BASE Company,"comments BASE Company’s CEO Jos Donvil.

It is also worth noting that any mobile antenna that will be temporarily set up this summer as part of a festive, cultural or sports event will operate according to the "4G" standard.

Benchmark is a telco-company based in Aalter, specialised in network solutions for mobile operators. With 30 employees they manage everything internally, with years of experience in all areas. The acquisition, radioplanning, transmission and even the deployment and integration of new mobile-installations and upgrading existing installations with other/new technologies. 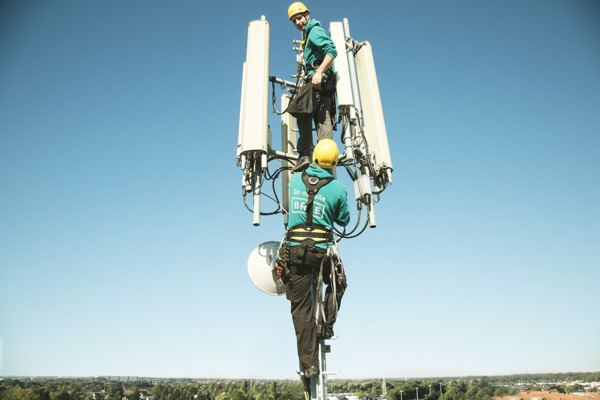