PUMP UP THE VOLUME

With more than six out of ten Belgians now equipped with a smartphone, mobile Internet use is spiralling in Belgium. Taking as a reference the ten largest summer events, the mobile internet consumption (3 and 4G) of festival-goers connected to our network has doubled compared to 2014 (+ 98%). Top 3 events for the exchange of mobile data: Tomorrowland (4515 gigabytes; + 181%), Pukkelpop (3363 gigabytes; + 130%), Rock Werchter (2624, + 158%).

VOICE STILL HAS IT

While Belgian festival-goers may be surfing more and more, they are still making calls. As much as before. The number of call minutes made via our  network even increased slightly during this year’s festival season compared to 2014 (+ 5% overall). This trend was witnessed at Tomorrowland (10,375 hours of calls; + 10%) and Rock Werchter (+ 5%) or Pukkelpop (+ 10%).

Conversely, the mobile internet is putting text messages in the shade. The trend had already been felt in 2014: the use of texting is plummeting. Apart from Dour where the increase is notorious (1,277,508 text messages sent, + 32%) and Graspop Metal (+ 16%), all the major summer events witnessed a decrease in the number of messages sent compared with last year ( see below).

STREAMING AT THE CAMP-SIDE, TEXTING AT THE STAGE-SIDE

SMS remains however the preferred means of communication in certain situations: to find friends - lost in the crowd - or to arrange a meeting point. During Tomorrowland, 49% of texts were thus exchanged within a limited radius around the stage compared with 29% in the site surroundings and 20% within the campsite.

Here it is interesting to note that the mobile Internet consumption is totally different. Half of the mobile Internet traffic (3G and 4G) recorded on our network during Tomorrowland was generated on the campsite, where tens of thousands of streaming videos were consulted. Finally, the festival-goer calls his friends and family mostly when they are away from the noise. 55% of calls at Tomorrowland were made away from the stages or campsite.

Our festivals and major events of the summer continue to attract as many foreign participants. 18% of mobile Internet traffic at Werchter on the BASE Company network was generated by roaming. Spa-Francorchamps and its 2015 Grand Prix gets the top prize with 78% of "roamers" accounting for 70% of mobile internet consumption over the weekend.

As for the equipment, 61% of users connected to our network at Tomorrowland had a 4G compatible smartphone. 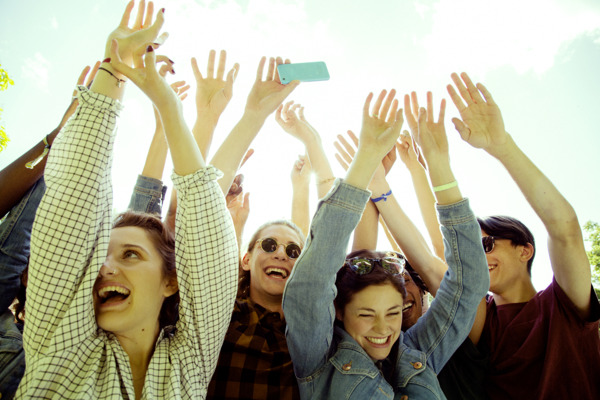